Posted by Scott Donovan on Wednesday, October 4th at 2:26 PM

The Lower Merion Aces took on the Garnet Valley Jaguars yesterday in a Central League boys soccer match. The game started off with a possible scoring opportunity by the Aces in the first minute of the game. Twenty minutes into the match Junior Isaac Brainsky would notch his first goal of the year with a free-kick from outside of the 18. The first half ended with a score line of 1-0.The second half saw good plays from both sides. With about 20 minutes left in the second half, Freshman Shane Brown got onto a loose ball and was able to finish a shot past the Garnet goalie. Coach Nico Severini stated, “This was an important game for us, and we came out strong and ready to play. We clicked when we had to and played an overall very solid game.” Next up for the Aces are the Springfield Cougars!
Posted by Coach D at 2:27 PM No comments:

2017 Schedule and Results to date

Harriton gives us all we can handle!

Next up was sister school Harriton on Wednesday, September 27th, 2017
A very tight game between Lower Merion and Harriton.Goal was from Cole Sanchez off an assist from Thomas Podrasky.Goalie Sebastian Connelly had a tremendous save on a Free Kick with 8 minutes to go.It was extremely hot and the boys played as hard and as concentrated as possible. It was a good game with both teams exchanging one or two great opportunities per half.LM keeps the victory train rolling with a thrilling 1-0 win for bragging rights in the Township!

Keep checking back in for all of the latest on Aces Soccer right here on Coach D's Blog!

The Aces are now ranked #3 in the Power Rankings and climbing. Hats off to Coach Nico and his staff and everyone involved with this team!
Posted by Coach D at 9:37 PM No comments:

Posted by Drew Misher on Wednesday, September 27th 2017 at 7:46 AMLower Merion went up 1-0 in the first 30 seconds of the game with a goal from Igor Fast assisted by Isaac Brainsky.MARPLE equalized 15 minutes later with a brilliant shot from outside the 18.The second goal was from Harrison Bloch assisted by Kirk Robinson.At Halftime the score was 2-1 LM.In the second half, LM tallied two more goals. The first was from Freshman Harrison Axelrod, assisted by Isaac Brainsky and the second goal of the half, fourth of the game by Freshman Shane Brown.
Lower Merion prevailed 4-1 to fight off a tough Marple team.
LM is now ranked # 3 in the District 1 Power Rankings!Next up is sister school Harriton today at 3:45 pm.

The Aces played an overtime thriller at West Chester Rustin over the weekend. The following is the report from Coach Nico:
We won 1-0. With two minutes left in OT.The game winner was scored by Cole Sanchez. Max Shapiro crossed the ball back to Cold who one timed it into the net.Rustin had a very good opportunity off of a rebound in the second half but it was blacked by Sebastian Connelly who had 4 saves.
Posted by Coach D at 4:32 PM No comments:

A Saturday Battle at Methacton

Posted by Coach Nico Severini at 11:51 AM on Monday, September 18th 2017Saturday, Lower Merion played Pac-10 leader Methacton.The first 15 minutes saw clear goal scoring opportunities for both teams, including a 1 v 1 that goalie Sebastian Connelly saved. Lower Merion opened the scoring in the 20th minute with a goal from Wyatt Joseph. Wyatt scored off a rebound deflection on a shot from Kirk Robinson. The second goal of the game came from Harrison Bloch on an individual effort. He dribbled past a defender and shot past Methacton’s goalie. Up 2-0, Methacton got on the board, making it 2-1 with 20 minutes to go in the second half. The last goal of the game came from Senior Thomas Pordasky with 10 minutes left, on an assist by Cole Sanchez, giving LM a 3-1 victory over a tough non-league opponent.

Stay tuned for more updates, scores and event information right here on the blog!
Posted by Coach D at 11:55 AM No comments:

Aces suffer their first loss of the season, then bounce back!

On Saturday, September 9th, LM lost their first game of the season to a very strong Pennwood side, 2-0.

They then had to turn right around and play a very tough Upper Darby squad on Tuesday, September 9th. It was an even game throughout, however Max Shapiro scored with 6 minutes left to go in the game on a well-placed penalty shot. LM held on for the 1-0 league win!

Next up for the aces is league foe Strath Haven on Thursday, September 14th, followed by a non-league game against Methacton. We'll have more for you on Monday as the Aces now sit with an overall record of 4-1 and remain undefeated in the Central League at 2-0. 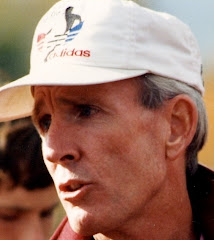